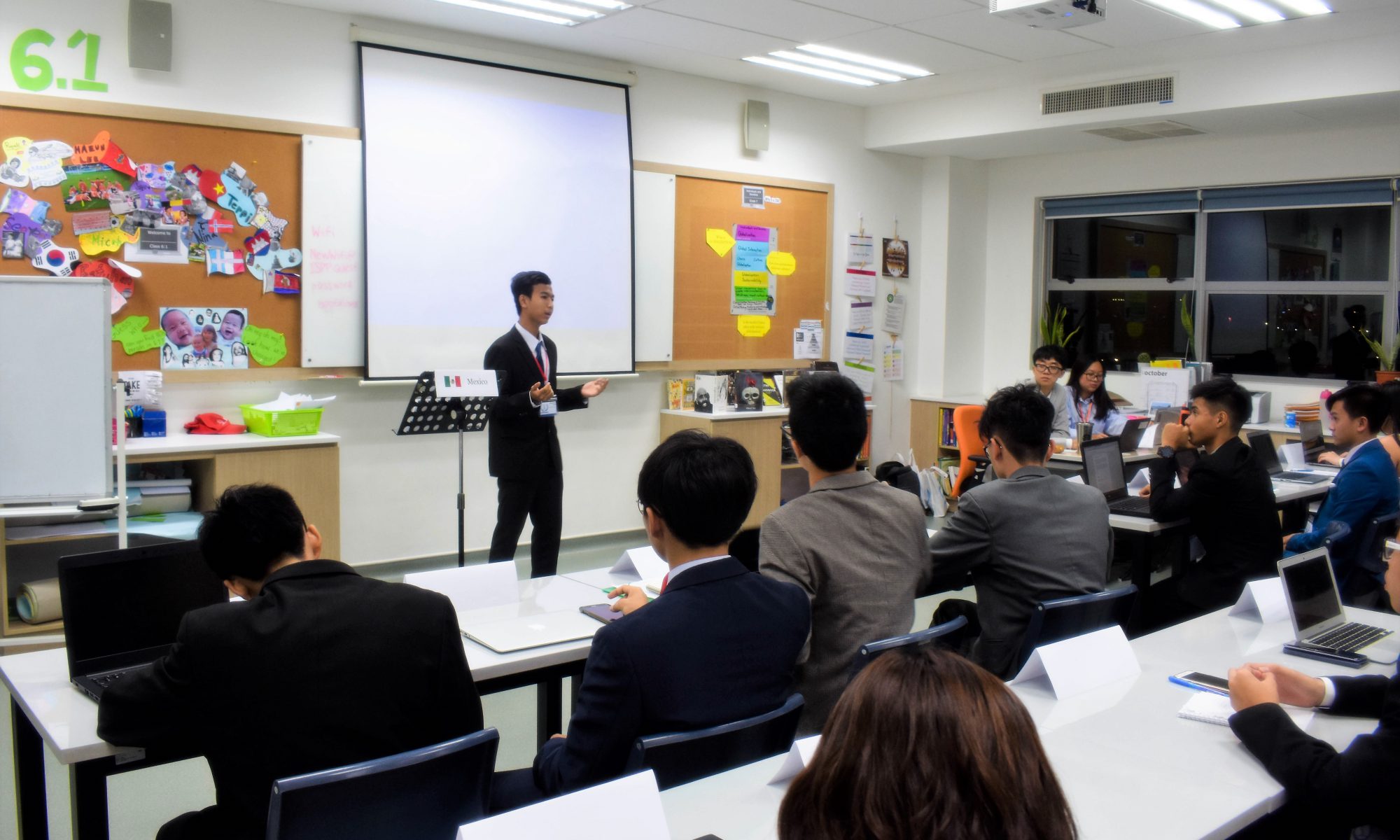 My first time for the Model United Nations (MUN) at ISPP. It was what, amazing, I never expected that the even was like this but I enjoyed it so much. I could not describe my feeling until I experienced this event that always logic. There were many experiences and excitement that I can’t wait to share with you all. The processes of MUN and the extraordinary conference’s outcome was fantastic. During my expertise time, I gave up my creative technology class to join the MUN expertise. Basically, in class I just tried to understand how the MUN works, there were some delegates who had experienced with MUN before so they gave me a brief description and how I supposed to prepare for this event. It was really complex, a lot of terms that is not a regular language that I normally use but no matter what I have the source from teachers, delegates, and the internet to help me out. I learned how to give a strong confident and precise opening speech about my country position on the topics.

Moreover, I am a delegate of Mexico and I had written down two resolutions to share to the conference. It’s finally time now to show you the confidence and experiences that I gained from MUN. It was really formal, everyone attempted with a nice suit and everything was structuralize. My first time, but what, misgiving, confusion, struggle and anxious. At the same time, I tried to learn the structure and what I’m really looking for are the terms that they used for communication. I was lack of confidence at the first time due to the fact that I was confused about the term and the structure on my first day. Saturday had arrived, the hot debate closely began, the soon the time hit 10 o’clock, the ball was rolling. Questions, amendments, strike, add, amend, speak for the whole for the resolution, speak for the whole for the amendments, speak for the whole for against the amendments, voting for the amendments and last final vote to the resolution whether it passed or not. Those were some terms that they used in the conference. I’m proud of myself that for my first time attempted in this conference, I had gone up to express myself a lot, asking questions, learned how to use the amendment, understand the terms and rules in MUN. Furthermore, I enjoyed using the notes to send to other delegates asking questions and other communications manner. 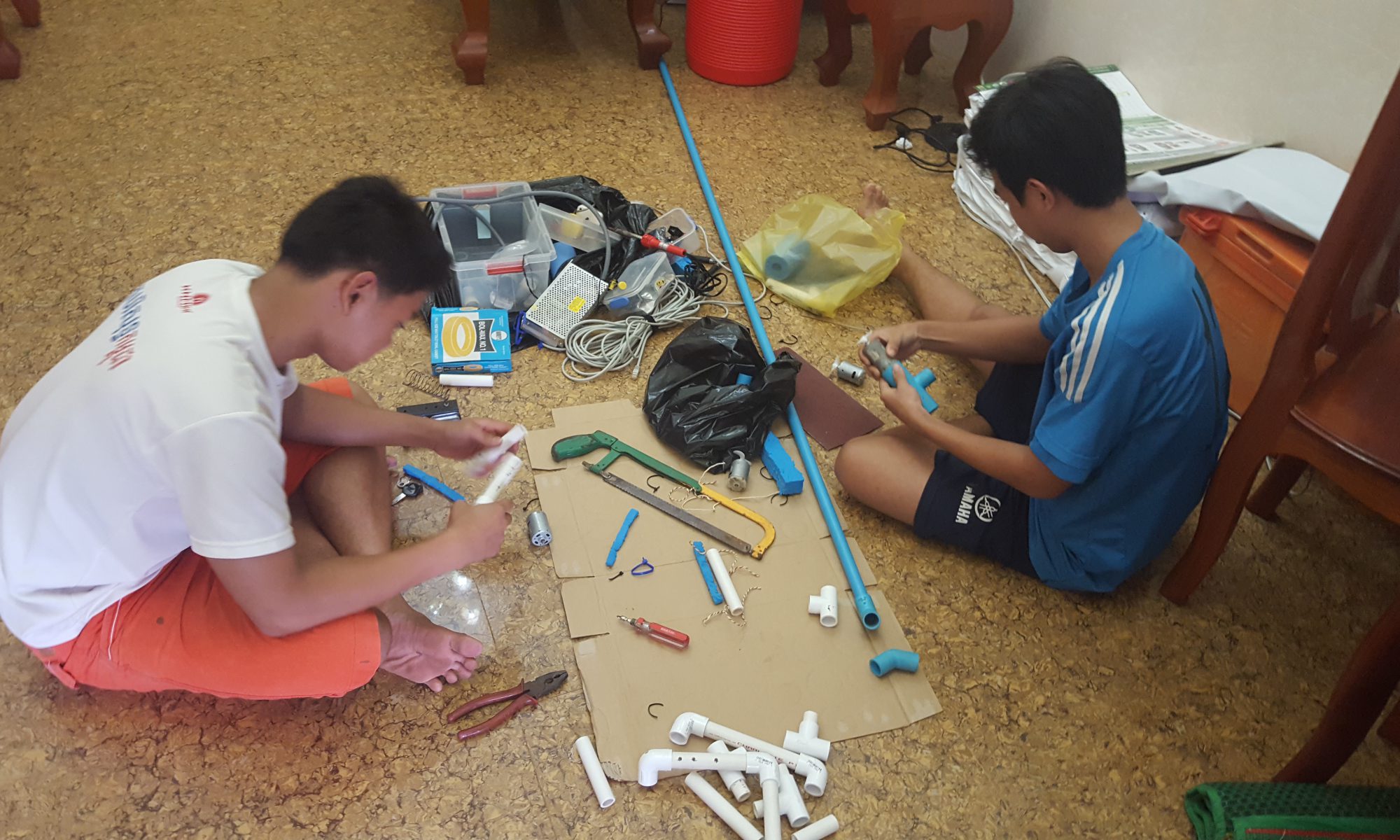 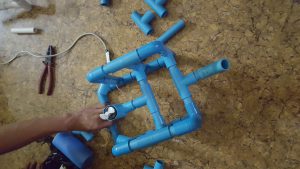 As time keeps moving, more works required which lead to a tight schedule for the senior cohort. That was why my current project that was about the ROV submarine drone moved to the after-school extension (ASE) where I have two hours a week to work on my project with my partner. From the past 7 weeks, we were working on a simple seaperch project that was ordered from the US for our learning purpose. Since we never done this type of building and technology before it was a tough and complicated machine to build. But no matter what we managed to finish the product by the end of the term. From the past 7 weeks until we test our ROV, we do a lot of analysis so that we can use that information for our next ROV that we are currently working on. The type of ROV that we really want to build is the ROV that can go underwater and use for many purposes under the ocean like doing marine research. One of our original ideas is to use the camera which required machine learning that will track the data from the fish in the ocean. We were both inspired by an organization that called Marine Conservation Cambodia (MCC). We hope that we could finish this project in one year and feasible to do a marine research that will help also help others science to use for other benefits.

Technology is the future of the world, we are now living in a modern age where we mostly realize on technology. There are many ways and products that we can develop the technology. But I could say that everything is possible to be invented, solve the problem, improve life efficiency and other useful creative technologies. This year I attended a class called creative technology where we mostly learned java scripting, Arduino, and others technology modules. We had been working on one project that took us a few weeks. Our teacher created a small challenge where we will compete with other classes in the school. So basically we need to build a simple car that will complete the task. But remember this we had a limited resources like 2 motors, one base, Arduino, breadboard, and battery. In a team of three, we came up with a simple design and creative ideas to make the car move in order to complete the challenge. Let me show you how creative we are, we used inventor to design and print it out from our 3D printer, we reused the mortars from the alarm clock that was already broken and lastly, we used the wheels and some legos pieces for our machine.

This year I want to challenge myself and move to the next level of the computer science skill toward my passion. It was a hard decision for me whether I should join this class or not due to the fact that it will require a lot of times and practices by my own outside of the class. But I valued this class differently since I experienced from my past was that in my spare time I just wasting my time doing non-sense stuff such as social media and Youtube. Moreover, as I mentioned on the home page was that I am a curious student, I want to challenge myself and most importantly I want to use this skill and my other two skills to change the world. Sometimes coding I identified it as a boring subject because you just sit down and focus on your screen to code. However, coding help to improve critical thinking, patient, focus and problem solver due to the fact that usually there are many bugs that needed to fix.

Due to my interest of motivational speech, I’m excited for the expertise for speech and debate. I saw an extreme improvement for myself after 7 weeks learning in this class. We have a few debates in the class, where we divided into two teams con and pro. It was really challenging because I never did any formal and structure debate before. But after one topic to another, I see a dramatic improvement in the confidence that I deliver my speech to the class but also be able to answer to the opponent in a concise manner. Moreover, I also get to learn about how to give a good speech with some techniques such as body language, eyes contact, speed control, volume, and most importantly the three major techniques myself in the speech. Those are techniques are egos, logos, and pathos. I’m happy what I’m doing and I will still continue to learn in this class because I value confident speech the most every day.

Pchum Benh is a traditional ceremony for Cambodia. In the ceremony, everyone will mostly leave Phnom Penh and travel to differences to many provinces to meet their family. Also during the ceremony, there are many other events that will happen in the pagoda. So in Khmer class before and after Pchum Benh when had worked on the Pchum Benh project. We did a lot of researches about Pchum Benh such as the history, the date that this event occurs, what clothes do we need to wear when we go to the pagoda. Moreover, we also did the research about the fairy tale of Pchum Benh. Lastly, after our hard work that we put into this project for a few weeks, we finally created the report about Pchum Benh.

On the 14th, October, 2017, the senior cohort had the SAT practice test where we took the reading session, language usage session and lastly math session. It was really difficult for both math and literacy. Some of the questions in math session I haven’t learned about it yet. So during the math class, we went over some of the questions and we started to do some practices of the math unit that we struggle with during the test. Moreover, we just KhanAcademy to practice our SAT and prepare to learn the unit that is essential to the test.

In the literacy class, we learned in the unit of coming of age so I wrote the essay about my personal story that related to the topic of changing life moment. At the beginning of the essay, I started to form the sketch, since the beginning of the unit I had created the outline for my essay. In addition, in my outline, I just list down everything on top of my head to give me some ideas that I could include in the essay. Furthermore, one of my favorite part of the whole story was to include descriptive language with my writing. I enjoyed using different descriptive phrases and the word to paint the picture that I wanted to deliver to the readers. “It was an early morning, the sun rises up and the clear blue sky appears which illuminated the whole community. The white cloud moved slowly from one direction to another over the rusty clay roof. The birds flew around the old wooden house, around the trees, upon to the sky, it seemed like they were having too much fun with their families and friends. Today, my gramma house was really crowded. Everything was covered by the white and black fabric.”

Even though this exploration called Animation it doesn’t mean that at the beginning of the class we go straight to do animation. The animation is a slow process to lean and it required a lot of skills such as drawing, write story, storyboard and more. This exploration last only for 7 weeks, so we do not have much time to learn everything skills but we tried our best to learn as many skills as possible. As a part of the animation, it is essential to know how to draw because when you understand the process of drawing, the moment of the human body it will easy to do animation. Moreover, for our first 4 weeks, we just focus on drawing, we want to be a good drawer first before we learn about animation. We learned how to do a live drawing in 60 seconds. What we really want to do with live drawing was to be able to construct the line and understand the human moment. It was a new skill for me but now I feel more comfortable than before for drawing the movement of the face and body especially doing a live drawing. 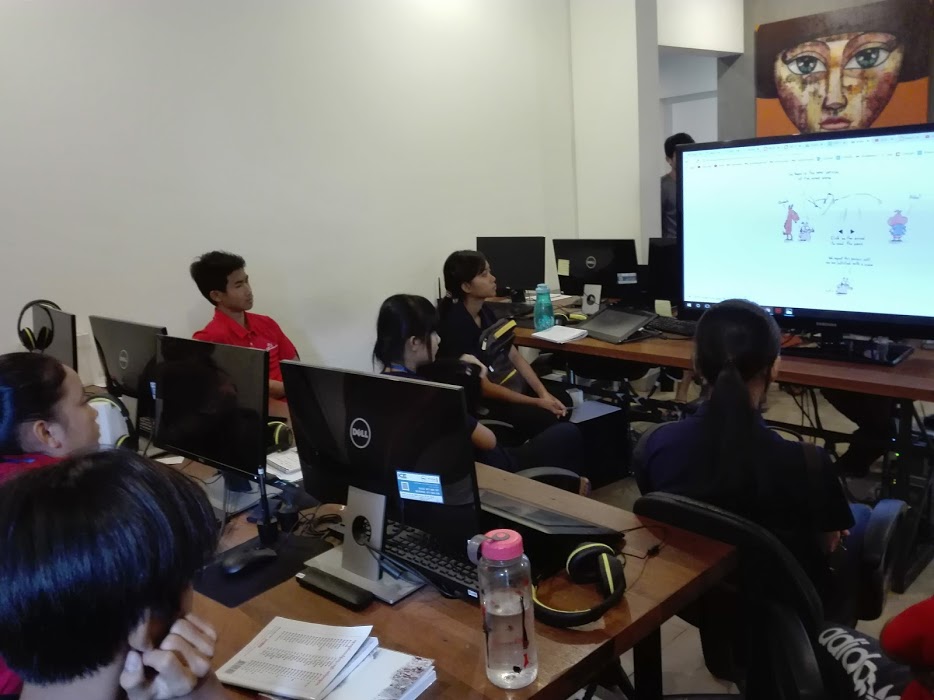 For my first exploration of the school year in 2017 it was Animation. We worked with the company called ithinkasia, we had a teacher from there to teach us about drawing and the process of animation. Two days in September 2017, we had a trip to ithinkasia. We had an opportunity to walk around the office and understand some of the processes of the animation. We also had a chance to do bouncing ball animation where we used a software called Open Toonz.