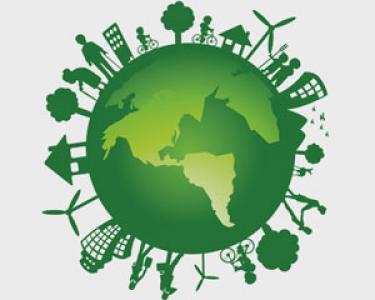 When the Sun rays every planets in our glassy get the sunlight and one of those planets is the Earth. As we know sunlight help to warm our atmosphere. When the Earth go around the Sun all the places in our atmosphere get the sunlight. That supports most life form or survive in this planet especially plants. As the rays enter to our atmosphere most continue down to the Earth’s surface. When the rays hit any substance (soil, water surface, etc) those rays release much of their energy as heat. Some of this heat radiates back into space. So, what actually caused the climate change?

The carbon dioxide is the primary issue that causes the climate change. The fossil fuels that left from the animals and plants in the ancient time. The products from fossil fuels, such as gasoline and diesel fuel that uses for the engine’s power to drive cars, airplanes and ships. Human uses is a large impacts that causes the climate change. When they use those fuels to run a machine it’ll create carbon dioxide then release back to our atmosphere. Carbon dioxide, methane and water vapor are the gases that retain heat, so those gases are the part that helps to warm our planet too. The gases do this by absorbing the heat and radiate back to Earth’s surface. Those gases nicknamed is “greenhouse gases”. Carbon dioxide in the atmosphere have been increased 30 percents from the last 650,000 years to now. Carbon dioxide rise up “is essentially and completely due of burning fuels” Susan Solomon says.

People have further increased the levels of greenhouse gases by changing the landscape. Plants help our atmosphere to have less carbon by take the carbon dioxide to make the food in a process called photosynthesis. But by cutting down trees and forests for farmland and other human uses, more carbon dioxide enters the atmosphere. “We’ve always had some greenhouse gases in the atmosphere” Solomon says. “But because we’ve burned a lot of fossil fuels and deforested, we’ve increased the amount of greenhouse gases and as a result have changed the temperature of the planet.”

Earth is warming and sea levels are rising. There’s more carbon dioxide in the air, so Arctic ice is melting faster than at any time throughout the history. As more people are burning fossil fuels like coal and oil for energy it releases more carbon dioxide in the air. Indeed, more carbon dioxide is enters the more the planet warms. If burning fossil fuels doesn’t slow, the long-term climate impacts and effect could be. During that time the global warming even higher than what the scientists had expect. Snow and ice reflect sunlight back into space but as the snow and ice melt, sunlight can now reach to the water surface and ground. As this surplus heat rises, the air temperature even more higher that causes more and more snow and ice melt. Carbon dioxide is a huge affects to the global warming and this type of rapid impacts is called a “fast feedback”.

We have some sunlight and greenhouse gases that keeps us warm. When people use the fossil fuels to run the machines and burning coal and fuels for the energy. That creates a lot of carbon dioxide and increases the amount of greenhouse gases and causes the climate change. Plant is a part that helps to reduce the carbon dioxide in the air by the process called photosynthesis. But by cutting down trees and forests for farmland and other human uses. We lost a significant help from plants that usually help reducing the carbon dioxide but after deforested it involves more carbon dioxide enters our atmosphere. As a result form now to the future our planet will face a big crisis. The temperature is hot, so the organism or the living things can die and some places on Earth will lack of water.

I really interesting with this project that about cleans up the ocean. There is a boy that come up with the passive system to clean up the plastic in the ocean. A passive system which means the system that doesn’t need any machine or energy from human to help. The system uses the ocean to clean itself. This system needs to attach to the seabed or the ocean floor. What unique about this system it takes less time to clean up the plastic. It needs 79,000 years to clean up the entire plastic but for this system, it takes only 20 years. If it takes a long time to clean up all the plastics. Some of them will start to fragment and all of the components plastic will turn to be the micro plastic, so the problem in the ocean would become exacerbate. So, the only idea that the everyone has so far is the passive system which can stop the micro plastic.

This video is really meaningful to me. For me and other students, we have Liger that always helps and supports us. Liger helps provide us standard education, the apartment to live in, health care, residential educators, the ability to study technology, etc. But if we compare to Gaspar Marcos, he was a boy that have in the video. His parents passed away since he was 5 years old. He doesn’t have any support at all even though he lived with another family, but he still has less care from the family. I’m really proud of what I have today and is really thankful to Liger which provides us this incredible opportunity. Gaspar Marcos traveled from Central America to Los Angeles illegally by the border. He migrated from Central America when he was 13 years old. There are a lot of students who are leaving Central America to go to other rich countries at a young age. Most countries in Central America are really poor, so their parents decided to tell their kids to migrate to other countries to get a better education and job. When their kids have a good education and job, they will send some money back to their parents. Gaspar Marcos was one of the illegal students that migrated to Los Angeles for a good job and better education. Los Angeles is a modern city but for him, he was poor, so he was simple compared to other people there. He works really hard with his job, and he averages only 3 to 4 hours to sleep per day. Sometimes when he comes to school he is really tired and yawns a lot. So he works extremely hard to get the money to buy food, study materials, etc. He also rents a house that is about 600 dollars per month. Most of the people judge the people only for their outlook like the people that come from Central America as an example, Gaspar Marcos.

This video is talking about a boy name Zion Harvey. He born without hands and legs. It really difficult for him, living without the hands. This boy needs the hand’s donation and the hands must come from a person that a similar age to him. In U.S we can donate our organs, hands and legs to who that need those things. If something accidentally happens to you and when they come to check your id card and it says donating hands, legs or organ. They can get those things and give it to who that need it. For the organs or any things that can be transplant it needs to move to another person less than 6 hours. For Zion Harvey, the doctor attached his hands it took more than 6 hours, so they use the machines to pump the blood into the transplant hands. In order to do the transplant from one person to another is hard. The blood type needs to be the same and it takes long times to find the correct one. When it has the same blood type it takes more times to connect the fibers together, it’s not easy to transplant the hands for Zion Harvey. After one year he gets the transplant hands. He is a first boy that do the hands transplant. After he gets the new hands he can do more things like push-ups, cutting the paper, etc. He really likes his mother and he said: “I will not be here is I don’t support and help from my mother.”

In the private school in South Africa call Pretoria Girls’High school there are many students that protest about the new rule in the school. This private school is really unique and standard but it allows only for girls to learn. The girls that have Afro hair is been racist by the school. The school wants the students that Afro hair need to change the hair style because it doesn’t look nice and tidy with the school uniform. But there are many students that protest to the rule because the hair that they have is normal for them and the hair already exists when they were born. If they change the hair style maybe it costs a lot of money and their family can’t afford for that and it unnecessary for them to change. The students protested in from of the school entrance but the students didn’t use any violent. They just sing a song and dance with their friends. This problem is getting popular and more people know about it by the social media. The government sends the ministry of education to have a conversation with the school and the ministry want the school to suspend the new rule.

In the class, we were watching the video about DNA Journey. In the video, there are many people that are coming from different countries. They interviewed all of those people about their patriotism. Some of them said that they liked their identity but some said that they don’t like their country like a woman said that she doesn’t like the government of Turkey. They collected the DNA from everyone that participate the experiment. After two weeks everyone gathers again in the same place that they met each other at the first time and the organizers have the results of each person DNA type. They have a special technology that can identify a person country and their DNA. The organizer asked each person to come and see their result and everyone shocked of the experiment. As an example one man, he said that he doesn’t like Germany at all but as the result, 5% of his DNA shows that he comes from Germany. This experiment is really cool and high technology that can identify everyone location. In the experiment, they found out that there is a cousin in the same room between a man and a woman. They all supervised to the result but this experiment shows that they are related to each other from their great, great, great grandparents’ DNA.